Fighting Cats, Battling Dwarves (and a cute Hobbit), and a Restless Mind 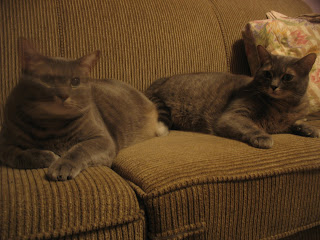 I woke up much earlier than I wanted to (9am!) which pissed me off because I only had four hours of sleep the night.  It was one of those jolting awake kind of deals, where I was bombarded with a million thoughts swirled around and darted in and out of my mind.

Global warming and the plight of the Australian people was one of the main things that kept poking sharp spears of anxiety into my mind.  One news source said that the temperature there was 45C and that the fires started with such incredible speed it was like being hit by an atomic bomb.  In all my life I had never heard  of this type of thing happening on such a massive, devastating scale!  What was happening to our planet? What could be done to reverse the effects of global warming?  Sometimes when I hear about such grand scale disasters that are due to climate change, I feel like I'm in one of those hokey blockbuster movies about Armageddon.

I also thought about my own personal woes: paying my internet bill for this month, finding a new company to insure my apartment (I'm not sure if Mom's Masterpiece Insurance still covers me now that she's no longer here), and how to get ready for my Employee Appreciation/Brainstorming Party on Tuesday.  And, I still had to finish that panting of that man and his dog!  YIKES!!!

At 11am, Yuula came into my bedroom and asked if she could go and get me an Iced Capp and a few Tim Bits, to which I gave her an enthusiastic, "Yes, please!"

Two minutes after Yuula had left, my cats began to hiss and spit (and growl, for god''s sake!) at each other.  Every Sunday, almost like clockwork, Hershey and Rascal have these major battles, which scare me to death because I'm worried that one  or both might get seriously hurt.  Thankfully, this has never happened yet.

My neck is killing me and I'm exhausted!  I'll just end by saying that I saw The Hobbit.   Visually, it was too stark, but the story was fun, and Martin Freeman is charningly cute as Bilbo Baggins!

Email ThisBlogThis!Share to TwitterShare to FacebookShare to Pinterest
Labels: and a Restless Mind, Battling Dwarves (and a cute Hobbit), Fighting Cats