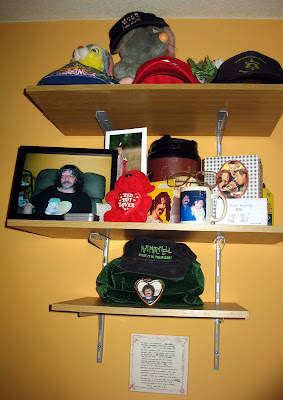 Within these past 14 years I've lost three close friends, both my grandmothers, my father, and have had a miscarriage.

And now, the sudden loss of my darling Rob. Perhaps the suddenness of it all and the absolute depth of my feelings for him, has made this almost impossible for me to handle.

And yet, somehow, I am managing to get through each day a little bit stronger. Sure, there are tears I shed daily; sorrow that is so intense that it is like a knife twisting in my heart; and memories - good and bad - that torture my mind and spirit; and yet, I'm slowly accepting this tragedy as reality.

The bad memories linger still. Seeing Rob laying in the hospital bed, eyes closed, mouth slightly open, his wrists tied together about his waist with linen strips (odd that!) I touched the coolness of his skin, wept uncontrollably, and, not for the last time, said goodbye to my mate of 21 years.

I tried to hold it together, to "be brave", when I had to, first, talk with the heart specialist who took care of Rob, and then, days later, when I had to make the arrangements for the memorial. Those were the hardest days of my life! I cried buckets those first few days.

Not to mention the weird stuff that had been happening around me which was torturing my very psyche. Like the loving and sentimental wife I am, I found the YouTube video of Frank Zappa (Rob had always idolized him) singing our song Love of My Life and put it on Rob's profile page on Facebook. This particular video, I noticed, had been recorded in Barcelona in 1988, the year when Rob and I first met and fell in love. This information seemed interesting to me because I know that Love of My Life was recorded much earlier, in October of 1968.

And then, there was the morning of the memorial service, when, as I tried to force a few bites of breakfast down my throat to try to keep my strength up, I opened my laptop and immediately a pop-up for SMC (Specialized Merchandise Corporation) appeared. I never get pop-ups on my computer, and to get one at that particular one from SMC, a company from where Rob tried for years, unsuccessfully, to sell their products and run his own business - well, that was too much! I wailed and screamed out my frustrations at the unfairness of it all. SMC had been a small thorn in the side of our marriage, and it seemed so terribly unfair of life to remind me of this fact!

Even more unnerving was the fact that when everybody had come back to my apartment after the memorial and the light outside my door was burnt out. Motria, who had come back before us to order pizza, told us that the light had burned itself out just before our arrival. She said that the exact same thing happened when her father died. Odd that! Do spirits of the dead reside in lights until it's time to depart?

The memorial service was the hardest on me. I had to sit there and attempt to be gracious and stoic, even though all I really wanted to do was sit in a corner and cry. Friends and family kept coming over in a stream of never-ending faces. They all hugged me and kissed me and asked "how are you doing?" (I learned to loathe that question. How the FUCK do you think I'm doing?!) Still, except for a bucket load of tears, I did ok. I was the gracious widow.

And yet, part of me was happy. So many people came to the memorial, to celebrate Rob's life and share their memories of what a great guy he was. Even his internet friends, who lived far away, sent messages to be read aloud explaining how he enriched their lives by being funny, caring, and non-judgmental.

Many of my friends kindly helped with the memorial arrangements. We had pictures of Rob put up everywhere and his favourite ball-caps that he had collected throughout the years, as well as his most worn t-shirts and his collection of rock LPs too.

Of course there had to be some sort of electronical gadgets there too or else it just wouldn't have been a memorial that was truly for Rob. Rob's Ipod played his favourite music while his Mac played a DVD on a loop. The DVD had pictures of Rob as a child with his family and friends; Rob as an awkward yet lovable teen; and, Rob as an adult, marrying me. (We both looked so happy and in love!) There were clips of him on the Open Mike with Mike Bullard Show when he was the "Viewer of the Week" and one where Rob was an extra on Night Heat. One of the more personal video clips showed Rob at home with Rascal, who was just a kitten back then, sitting on Rob's shoulder suckling on his earlobe - and Rob happily letting him!

All of this makes me very happy. So many people loved Rob; they knew, just like I did, that beneath thar scruffy, gruff exterior lay a real creampuff who would do anything for anybody. I'm happy because I think Rob would have liked the memorial. Oh, sure, I can hear him now: "Why did you go to all that trouble? It's just me, and I'm nobody!" Secretly, though, I know he would have been pleased and touched by all of the love and attention shown to him.

It has been one month and several days since Rob's death, and this past Sunday I did one last thing to honour Rob's memory: I took his ashes with me when Laura and I went to see 500 Days of Summer. Rob felt about Zooey Deschanel the way I feel about Johnny Depp, and he had wanted to see this movie so badly. Within his green velvet sack, Rob sat upon Laura's lap, he sported his Kim Mitchell cap and his eye glasses and watched the movie. I think he liked it. He didn't say much; but then Rob was always a man of few words.
Posted by Annie's Dandy Blog at 11:00 AM No comments: 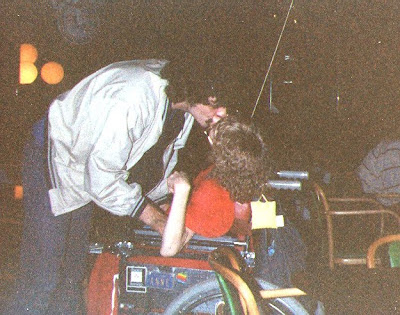 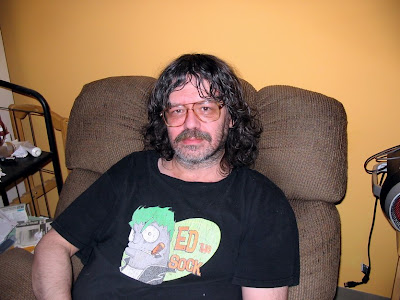 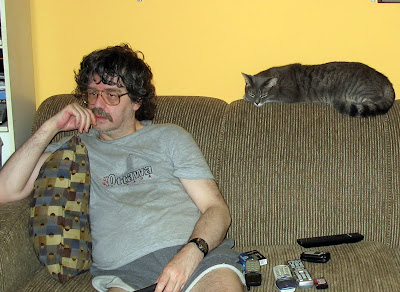 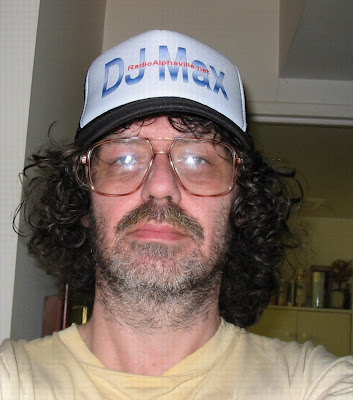 This time, although it may kill me to write about what has transpired in the last few weeks, must be set down.

My husband Rob, the love of my life for 21 years, died suddenly of heart failure on Sept. 19th at St. Michael's Hospital in Toronto.

Such a shock I've never had! The previous day Rob was sitting up in bed, laughing and kidding with everybody. He sat there, drinking coffee from his Tim Hortons mega mug and complaining about the hospital food. When I told Rob I had to go home, he said, "Ok, see you tomorrow. I love you!" I said the same thing to him, and then we kissed goodbye.

At 3:30 and 3:45 am the phone rang. I was alone in bed and unable to answer it. It went through my mind that phone calls in the wee hours of the morning never bring good news. Still, I hoped it was something mundane like a wrong number.

When Motria came to get me up at 7:00 am, we checked the message and heard the terrible news of Rob's death.

I was shocked and devastated, but my mother and all my wonderful friends gathered around me to help me through this horrendous experience.

What do you say about a man like Robert Shane Warenda? He was wonderfully sweet and funny. He could be terribly grumpy and infuriatingly self-depreciating. In his quiet, modest way he always tried to make people feel happy and at home in our apartment by finding out what tv programs or video games they liked and providing it for them. And, when our neighbour across the hall went into the hospital for a month, Rob graciously offered to look after her cat.

We went through a lot together within 21 years. Dating, love, marriage, a miscarriage, the death of both his parents and my dad and our cat Dandylion. We saw good times too, like the time we met Robin Williams, or the time I was featured on Breakfast Television, or, last year, when we went to England together.

Rob, my love, remembering our life together brings tears to my eyes and painful pangs to my heart, but I know that this will pass and I know that I'll love you forever.
Posted by Annie's Dandy Blog at 7:06 PM No comments:

Email ThisBlogThis!Share to TwitterShare to FacebookShare to Pinterest
Labels: A Hell of a Lot to Say 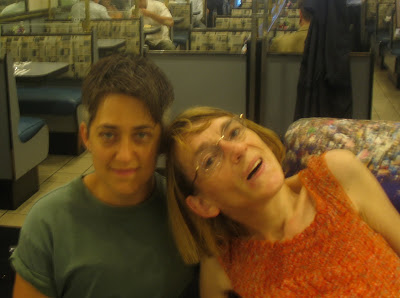 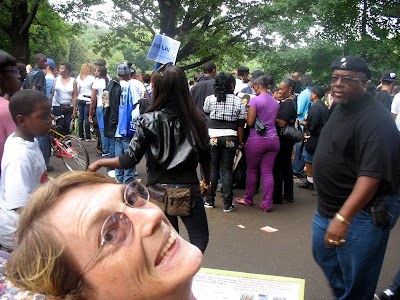 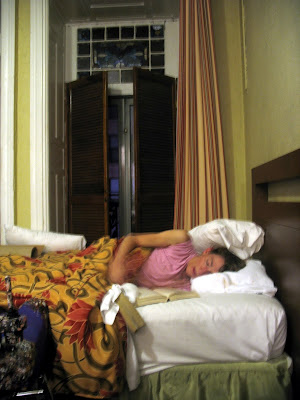 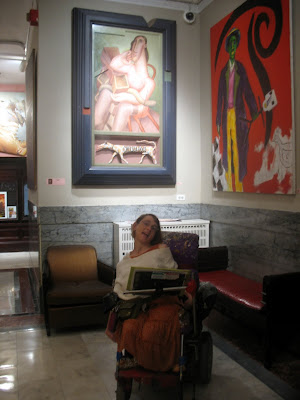 And then, I was going to write about my trip to NYC in late August/early September.

Again, great fun, fantastic memories. I was just too busy to write about them.
Posted by Annie's Dandy Blog at 6:51 PM No comments:

Email ThisBlogThis!Share to TwitterShare to FacebookShare to Pinterest
Labels: A Hell of a Lot to Say 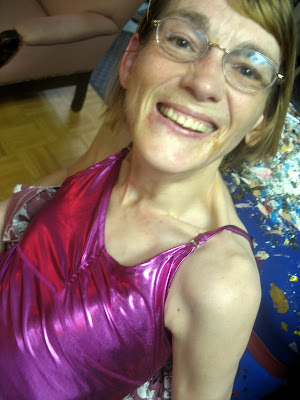 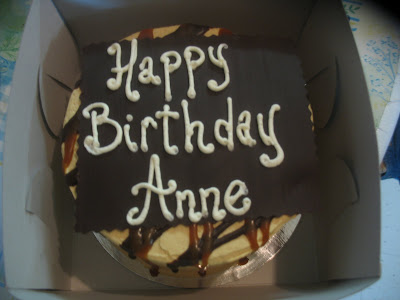 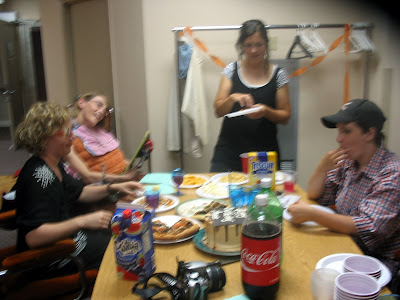 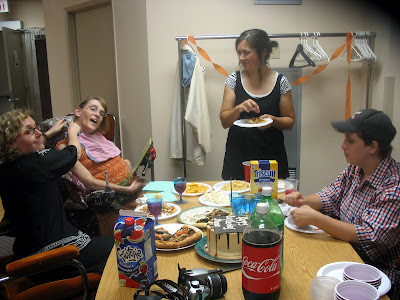 I haven't written in a while.

So, I was going to write in August about my 51st birthday party, which was cool and fun.
Posted by Annie's Dandy Blog at 6:38 PM No comments:

Email ThisBlogThis!Share to TwitterShare to FacebookShare to Pinterest
Labels: A Hell of a Lot to Say
Newer Posts Older Posts Home
Subscribe to: Posts (Atom)