Back on Track Part II (The Sequel)

I didn't have the time yesterday to say everything I wanted to convey.  As always, I had a million and one things to do!

Today, however, I'd like to continue my train of thought, about feeling like I'm back on track, about feeling more optimistic about my life and the small part I have upon the world's stage.

Firstly, on Saturday, I went to an OCAP meeting.  Shamefully, I haven't been to one in ages - but it is one of my New Year's resolutions to get more involved and try to make a positive difference in the fight against poverty!  I felt inspired to do just that as several members listed the victories they had won and battles still to be fought. I admired their passion and dedication to fight for/with poor and marginalized people.

On Sunday, I did more work on my painting. 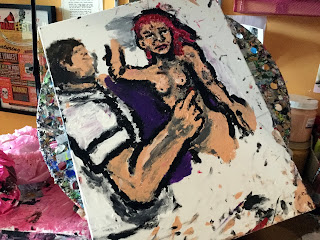 I don't hate it now.  When I look at the painting, I see an abundance of possibilities.  It's not exactly what I had originally envisioned, but what the hell, sometimes you just gotta go with the flow.

And speaking of possibilities and going with the flow, I was asked to take part in a group art show.  The theme of it is going to be on A Midsummer's Night Dream, and I'm supposed to paint four pictures for the event.  I'm very excited about it all!

In closing, because yesterday I listened to one of Martin Luther King Jr's speeches on Democracy Now, I'd like to quote from the great man himself:

"The ultimate weakness of violence is that it is a descending spiral, begetting the very thing it seeks to destroy. Instead of diminishing evil, it multiplies it. Through violence you may murder the liar, but you cannot murder the lie, nor establish the truth. Through violence you may murder the hater, but you do not murder hate. In fact, violence merely increases hate. So it goes. Returning violence for violence multiplies violence, adding deeper darkness to a night already devoid of stars. Darkness cannot drive out darkness: only light can do that."

May we all shine a little light of love, hope, and tolerance upon these uncertain days - and may our light shut out the darkness.
Posted by Annie's Dandy Blog at 10:45 PM 1 comment:

Email ThisBlogThis!Share to TwitterShare to FacebookShare to Pinterest
Labels: Back on Track Part II (The Sequel)


Last week I was depressed. I had a cold; I had piles of things that I had to attend to; the gloom of the winter weather; the constant barrage of noise from the construction outside of my building - these things brought my mood down to the lowest it's been in months!

Another bloody condo, I fumed. Who needs that? Most of the people I know are poor and struggling to find affordable housing.

I'm up to my ears in emails and I should update both my website and the employee schedule. I feel absolutely useless if I can't stay on top of things.  I'm supposed to be perfect, right, like Mom was?

I hate Donald Trump!  He scares me.  The people he has appointed scare me too. They all seem to be filled with hate and distain for minorities, women,  and people who are LGBT. If you're not white; male; privileged; and not for war, oil, and big corporations they have no regard for you and want to beat you down.

Where's a rock that I can hide under until the dust settles?

That was my thought process last week. However, since then I bumped into a friend of mine who lives in my building. She told me that she was fed up with the abusive and disrespectful way that the attendant care service had been treating her. She had applied for Direct Funding so that she could hire her own attendants.  Unfortunately, she said that it could take two to three years to actually get the funding because there was such a demand for it.  I pressed her to go to the media and tell her story about the terrible conditions from the attendant service.  I had done this eleven years ago and it had made such an impact that I'd gotten Direct Funding within six months! If nothing else, it might make the government funnel more money into the program.

I felt good about helping my friend. I also felt good to realize that I'd had Direct Funding for eleven years.  In fact, this month is the anniversary of that wonderful, incredible event.

Email ThisBlogThis!Share to TwitterShare to FacebookShare to Pinterest
Labels: Back on Track

A Message to Rob on Our Anniversary 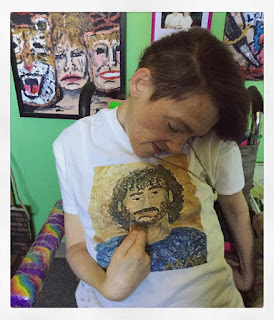 Happy Annie-versary, Sweety!!!! Twenty-nine years ago today, we met at M'goo's for ice cream. It was love at first sight.  Twenty-two years ago today, we got married . It was the happiest day of my life!!!! We shared so much together throughout the years, both good and bad.

I miss your touch, your scent , your laughter, your curiosity and enthusiasm for for anything computer related. I miss being close to you, not just physically but mentally and emotionally as well. You were my "go-to-person, and I was yours. We shared any kind of news, both good and bad. With simply one look, we knew what the other was thinking.  There a million other things I miss about you, too, Rob, but it would take years to list them all.


You have no idea how much I love and miss you, Rob Warenda, no idea at all!!!

I hope that wherever you are you're thinking of me too and of all the good times we shared. 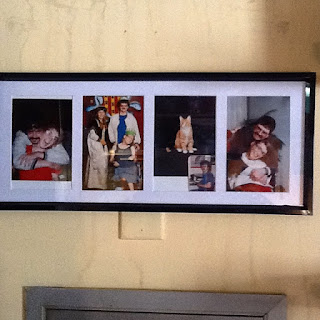 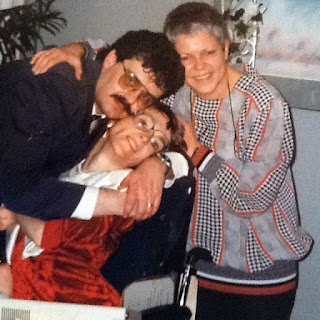 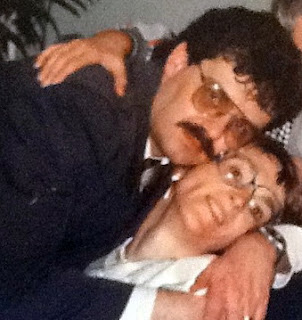 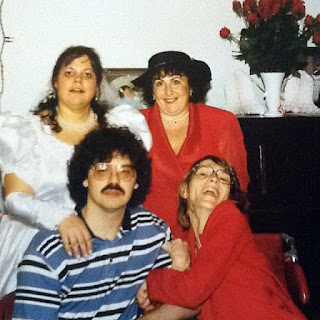 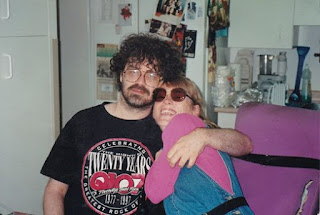 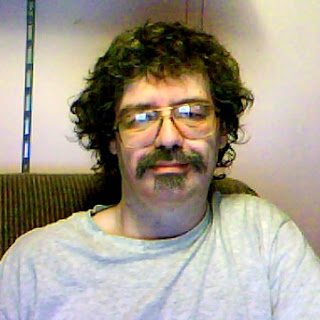 Email ThisBlogThis!Share to TwitterShare to FacebookShare to Pinterest
Labels: A Message to Rob on Our Anniversary
Newer Posts Older Posts Home
Subscribe to: Posts (Atom)