My Trip to England in Photos


From July 17th to July 25th, I went on a journey to and from London, England with five of my friends. These are the photos we took on that trip. 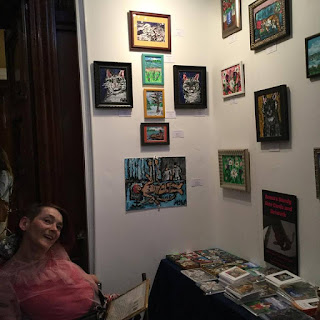 Email ThisBlogThis!Share to TwitterShare to FacebookShare to Pinterest
Labels: My Trip to England in Photos

After a long flight and a rather frustrating day yesterday, which included a dispute with the manager of the flat, things look better this morning.

I'm in England! Bloody hell, it's going to be brilliant!

Email ThisBlogThis!Share to TwitterShare to FacebookShare to Pinterest
Labels: A Better Day


I feel like I need to say something because I'm very upset.

On June 22nd George Heckman shot and killed his disabled son Grant and then pulled the trigger on himself.  Friends of the family and the media are saying that the father committed this horrendous action "out of love".

It's the Robert Latimer case all over again.  Back in the 90's Mr Latimer killed his disabled daughter Tracy by putting her in his truck and letting the carbon monoxide slowly put her into an endless sleep.  I know this case backwards and forwards because I researched it for a speech I was asked to give at the Humanist Association of Toronto.

Latimer claimed that Tracy was in constant pain, but in every photo that was shown in the newspapers she was always smiling and seemed truly joyful.  Latimer said that the lack of support for his disabled daughter weighed heavily upon his family... except for the fact that Tracy had been recently placed in a government funded home for people with disabilities.

Certainly there should be more government funding and community support for families who have children with disabilities.  That goes without saying!  However, families should be advocating for their children by seeing them as valuable and precious human beings - not as burdens to be disposed! Fight for more assistance, more funding, more medical care.  Speak up and ram down society's throat this radical idea that your child has value and is worthwhile despite having a disability!
Posted by Annie's Dandy Blog at 2:09 PM 3 comments: