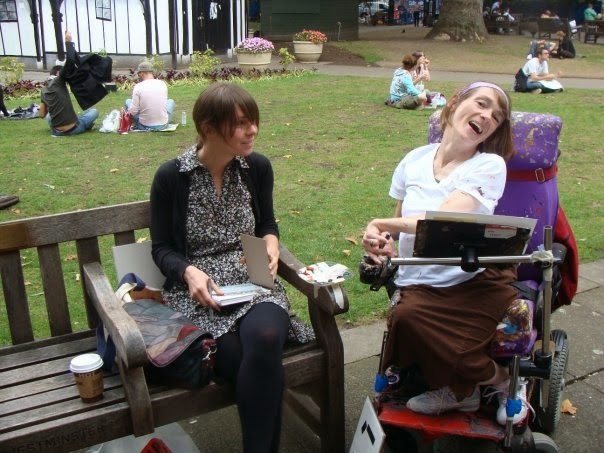 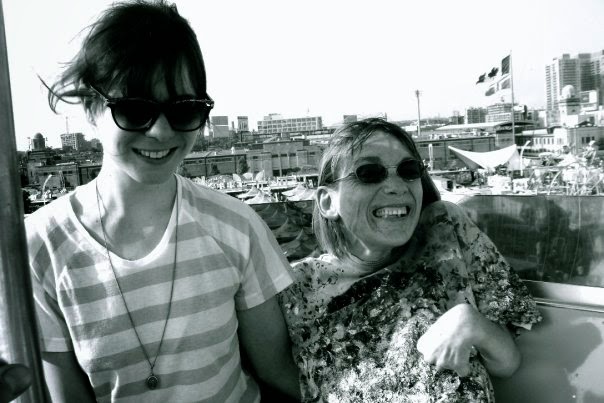 Sarah and I celebrated our 7th anniversary of knowing each other. Yesterday was actually the day, but we were both too busy.  Today, we had dinner at Hair of the Dog; it was so much fun, as it always is with Sarah.

We've gone through good times, bad times, hard times, and hillarious times.  There a select few I love so much that I think of them not only as friends but as family as well.  Sarah is one such person.

This anniversary has always been bittersweet for me.  Meeting Sarah was fantastic - we clicked immediately!  However, the day before we met, I got molested by two straight (and drunk) men during the Pride festivities.

I've always enjoyed Pride - always, always, always!  The festival, to me, represents acceptane; freedom; and, celebrating everybody's uniqueness.  And, honestly, I'd say that Pride has consistently been a wonderful yearly experience for me.

In one of my previous post, I mentioned positive aspects of World Pride 2014: having my picture taken with two hunky Trojan men; the beautiful weather; and, the wild, funky music that came from beneathe my balcony.

Sunday was a whole different thing, though.  Brittainy and her boyfriend Billy and I went thirty minutes early to get a good spot to see the parade, but it was already so crowded!  The only spot that was raised, accessible, and shaded was the judges' platform.  Much to my annoyance, we weren't allowed up onto the platform, even though there was plenty of room!  Plus, the people who volunteered to assist people with disabilities kept  talked about me in the third person to Brittainy and Billy.  It made my blood boil!  (I'm going to write a strong letter to the Pride committeee!)

I told Brittainy and Billy to go see the parade without me. I was so HOT and needed to find shade.  They went off, and for the next three hours, between browsing all of the merch on all of the tables on Church St., I kept searching for shade.

I think I'll write a strong letter to Starbucks too.  There was a woman giving out packets of free coffee to the crowd.  She gave no warnings or lectures to any other person, but when I approached her and indicated that I wanted her to put one of the packets in my bag, she looked at me, shook her head, and said, "Oh, I'm not if this is good for you."

I  H A T E  being treated as if I'm invisible or unable to understand what people are saying.  And, I  H A T E  it when people assume that I'm weak and fragile just because I'm disabled.  I'm as strong as an ox and as clever as a fox!

I've been to seventeen Pride festivals and only two have been duds.  That's not too bad,  I suppose ....
Posted by Annie's Dandy Blog at 9:59 PM