Painting Cancelled Due to EXHAUSTION

Apparently, it's so over-crowded in the shelters that those who are lucky enough (and I use the term "lucky" in its most ironic sense) sleep on quarter inch thick yoga mats and are in danger of many types of abuse from both those in charge or from other homeless people.  And, when people inquire about the possibility of a vacant bed for the night, they are met with a brusque "No beds!"

I hadn't planned on speaking today, but when somebody asked me if I would like to make a deposition of my own, I readily agreed.  My speech was towards the end and I tried to incorporate the information I'd heard other people give as well as putting my own spin on it. I said, basically, that because I was disabled and had used on-site attendant care in the past, where I had suffered terrible abuse from those who were there to provide services for me, I understood the importance of empathy and respect.  Certainly more beds and shelters are needed, but attitudes must change as well.

After the depositions were over, I had lunch and went on a shopping spree. 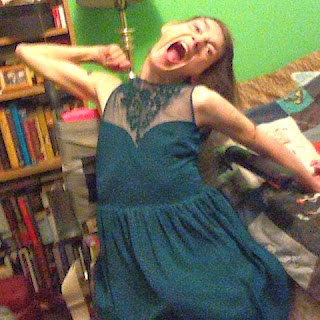 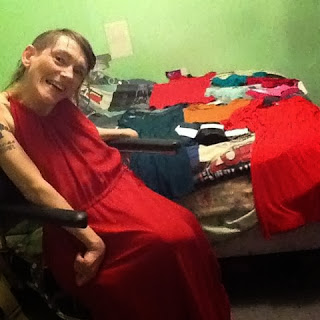 When I came home, I took a two hour nap - I was so exhausted! Once more, I've been burning the candle at both ends too many nights this week.

Email ThisBlogThis!Share to TwitterShare to FacebookShare to Pinterest
Labels: Painting Cancelled Due to EXHAUSTION