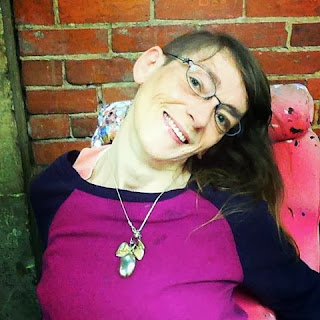 The market started out painfully slow, but at the end of the day I did pretty good day.  I was so tired, though, because I hadn't got enough sleep. (Don't you hate it when you keep worrying that you'll miss the time you're supposed to get up that you jerk awake every hour?)

The ride back home was unbelievably cold and windy, and when I arrived I almost immediately felt nauseated.  Yuck!

There's one thing I need to get off my chest.  You see, about three weeks ago, several of the vendors I'm friends with told me that the management of the market had made a new rule saying that everybody had to come and set up their booths by 5am.  This is ridiculous! Nobody shops in the south building at 5am; it's completely dead at that time!  Sure, people to the farmers' market in the north building to ensure that they get the freshest food, but there's no big rush to buy artwork and crafts. And, to enforce this new rule, management comes in at 5am and takes pictures of empty booths and then hands out reprimands to vendors who didn't (couldn't) show up at that time.  How draconian is that!

I hear that they're doing this to force vendors out so they can put in bigger, more well-known stores in.  Hmm, I wonder if the management would tell H&M or Starbucks to start work at 5am .... Probably not!