Music, Painting, The IT Crowd, and Toasting

I've listened to Patio Lanterns, watched several episodes of The IT Crowd, talked to my grief counselor about my life with Rob, and I'm determined to finish my painting tonight! 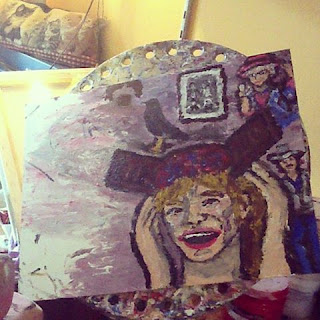 Right now, I'm going to have dinner and toast to the memory of Robert Shane Warenda.

I splurged wildly and bought a bottle of Drambuie.  I've never actually had it, but Drambuie always reminds me of Rob because of the dirty joke he once told me.

Email ThisBlogThis!Share to TwitterShare to FacebookShare to Pinterest
Labels: and Toasting, Music, Painting, The IT Crowd