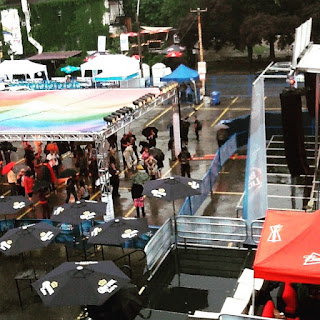 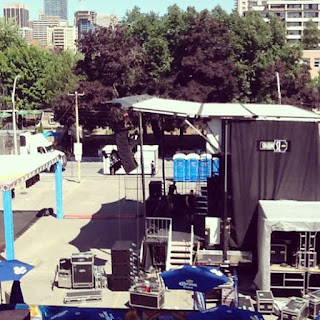 Pride Weekend 2015 is almost over. It was a wet one, with lots and lots of rain.  And, it was louder than other years, especially on Friday night.  All of the windows in my apartment were shut tightly, and yet the music sounded as if it was right inside.  I couldn't get to sleep that night either because of the music and strobe lights, which lasted until 3am.

But I'll stop my bitching.  It was just one night where it was unbearably loud anyway.

I feel very regretful that I didn't get to go out and join the festvities this year.  It was just the pouring rain; work that I had to finish; and, partying with good friends at my place on Saturday night. (Woo-hoo! That was so much fun!)

Hopefully, next year I'll be able to join in on the Pride celebrations ....
Posted by Annie's Dandy Blog at 10:09 PM