Those Who Truly Get It And Those Who ... Suck 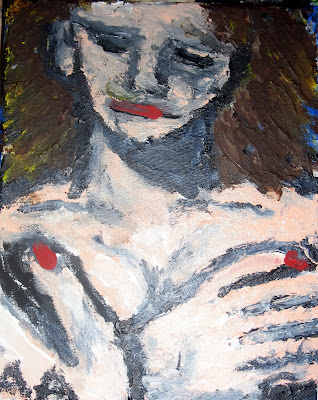 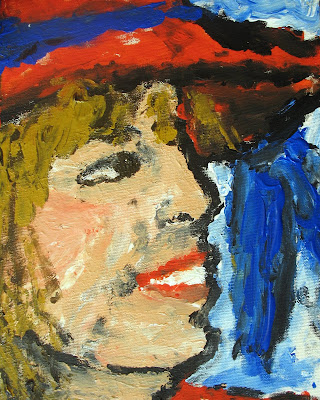 Yesterday morning, I felt extremely frustrated! Why, you might ask? Because I was writing a long email to someone at the seating clinic at Baycrest Hospital, voicing my complaints about the slowness of starting the ball rolling on getting a new seat & wheelchair. I reminded her that I had been to see her at the clinic two months ago to take measurements of my body and discuss how to proceed. (I was supposed to go back one month later to begin having the seat constructed, but the appointment got cancelled.) I explained to her that I had initially started my quest to get these badly needed items about six months ago, first with HME (Home Medical Equipment). HME kept me waiting for ages in order to get this "specialist" in to help design the seat, which he did - and it was horrible, I couldn't even sit on it! I then decided that I wanted to try the people at Baycrest, because I had heard great things about the seating clinic at there. I assumed that Baycrest would have its own team of specialists on seat construction. However, they're using the "specialist" from HME because the people from HME suggested that this might be the best route to take. I don't even know WHY HME is even involved in the seat design anymore! It sort of defeats the purpose of trying out the seating clinic at Baycrest, don't you think? And, of course, nobody showed me any respect by asking me if 1) I wanted HME involved with the seating (they can be in on the selection of the new wheelchair, no problem!) or, 2) if I wanted to wait for the "specialist" again! And, everybody involved seems to have ignored the fact that I've been telling them that my current seat gives me terrible back and shoulder pain.

And then, when I sent the email to the person at Baycrest, I got an automated response saying that she was on vacation until Monday. I almost screamed! Why did the process of getting any type of assistive device take so bloody long?

Like I say, I felt extremely frustrated. I was close to tears, face to face with all these roadblocks.

However, I had a date with Motria and Laura, and I was really looking forward to that. The plan was to meet at Milestones restaurant for dinner and then go see a movie. It was raining and Motria called to see if I wanted to cancel, and I said, "Oh Hell! A little rain never stopped me!"

So, at 4:00, armed with my raincoat and my joystick condom, I braved the rain and drove my chair down to Milestones. I arrived early, and since I didn't want to sit outside getting even more wet, I went inside.

Well, I was face to face with the maitre d', so I thought, "okay, why not try to converse with this guy, and try to get a table?" Amazingly enough, I had no trouble doing this at all! And then the waiter came over and asked if I wanted a drink. At first he asked if I wanted pop, or water or coffee, and all I could think was I want BOOZE! I patiently spelled out "C-O-R-O-N-A" and he finally understood. He got me the beer, pushed in the lime and opened my menu. A few minutes later he came back and took my order.

I was so incredibly happy! I felt respected. They treated me like any other customer, and I really appreciated that. It occurred to me, "isn't it odd that the system which is supposed to be supportive of my needs isn't nearly as accommodating as a regular restaurant." HME and Baycrest hospital sure could learn a lot from Milestones!!!

Well, anyway, Motria and Laura came a few minutes later to join me. We had a fantastic meal, and we chatted and laughed the whole time. Then we went to see "Night at the Museum: Battle of the Smithsonian" at the IMAX theatre. It was a blast!

The evening ended much better than the day had started.
Posted by Annie's Dandy Blog at 11:52 AM

Email ThisBlogThis!Share to TwitterShare to FacebookShare to Pinterest
Labels: Those Who Truly Get It And Those Who ... Suck

So sorry to hear about your seating difficulties. I hear you! Love the paintings you posted today - they're beautiful! And good for Milestones! It's nice to hear of a restaurant that actually 'gets it'. One of these days I'll get down to the Market to say hello in person. And if my checkbook isn't too badly bruised, maybe I'll even get to buy a piece of your work. I'd be proud to hang it in my home. Enjoy the coming weekend!

The recruitment will be on face to face interview and we need some pics for finalize the girls. The girls should be good looking to do Call Girls job in Gurgaon, good body structure and can work with us independently. Any Girls from any city can join us for Escorts Girl Job in Gurgaon and become a Call girls. We are hiring Female Escorts Job in Gurgaon also.