Ghosts of My Fur Babies 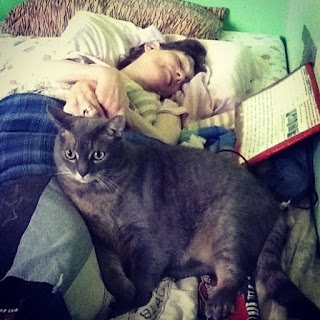 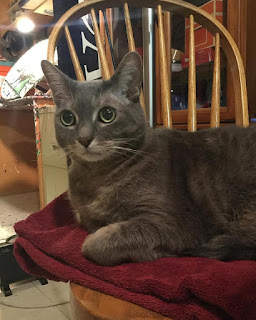 These are pictures of Rascal when he was wide-eyed, beautiful, and healthy.  Until six weeks ago, when his brother Hershey died of thyroid cancer, Rascal was the picture of health and chipper to boot!

Sadly, Rascal developed lung cancer and declined quickly.  He stopped playing with his toys, he began to hide under my bed, and his appetite waned until he completely stopped eating at all. 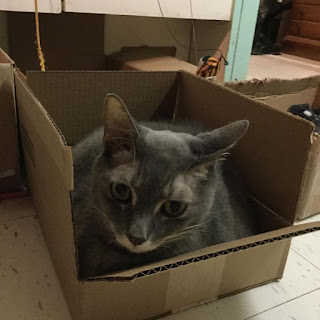 Yesterday, because it had been four days since Rascal had eaten anything and because he'd gagged and vomited up stomach acid the night before, I regretfully decided to have him put to sleep. 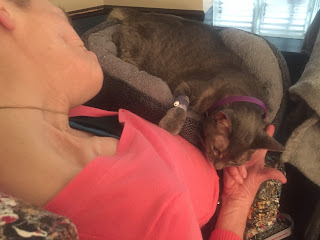 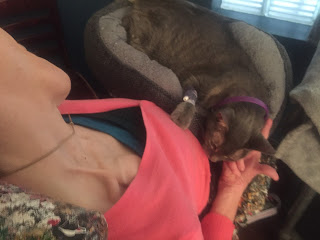 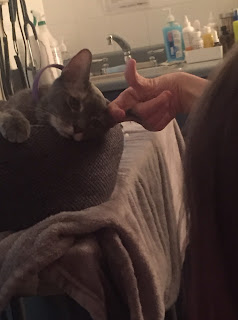 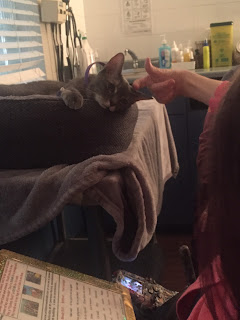 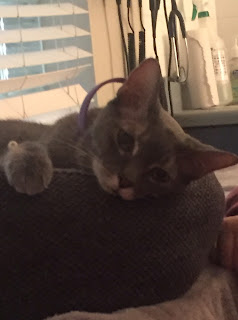 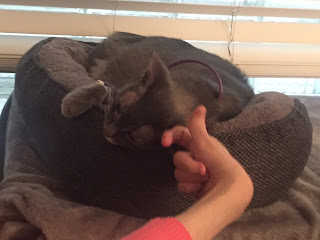 That decision and experience was so hard on me.  I kept second guessing myself.  Was it really Rascal's time?   Did he understand that I was doing this to stop his suffering?  I hoped so ....

I dreaded going home, knowing that my apartment would seem so quiet and lonely when I arrived.

My boys!  My boys!  What was I going to do without my two sweet boys? 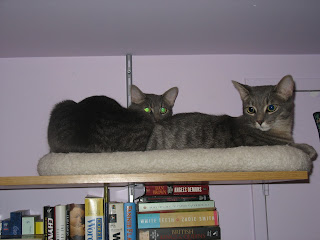 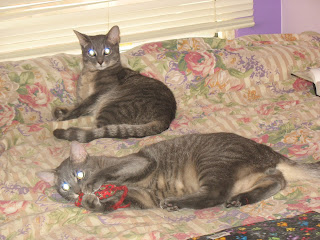 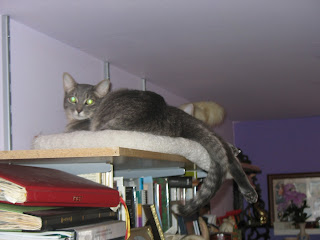 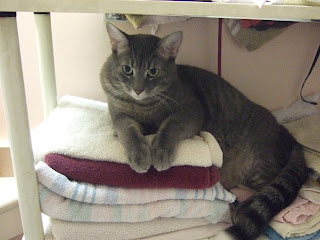 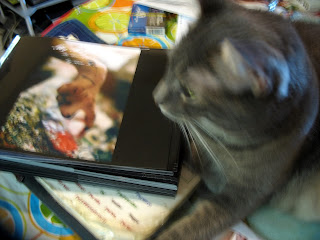 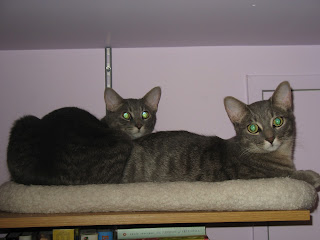 As I've said many times before, I'm not 100% sure whether I believe in an afterlife/spirit world or not.  And yet .... And yet .... When I opened the door to my apartment I swear, just for a second, I saw Hershey and Rascal standing there in the hallway waiting for me, just as they had done many times before.

And now, I jerk awake at night thinking I feel them jumping onto the bed, readying themselves to come snuggle with me. I reach for them, but feel no furry bodies.  Out of the corner of my eye I see them in so many places: sleeping on my bed; curled up in their cardboard boxes; sitting in the kitchen, waiting patiently to be fed; walking around in the bathroom, asking to be petted.

I'm haunted by my fur babies.  I miss them so much!  Their ghosts both comfort and torture me.  They should be here with me; with all of their furriness, cuteness, and oddness!

I mean, whoever heard of a cat that sings to his toy string as he carries it around in his mouth? 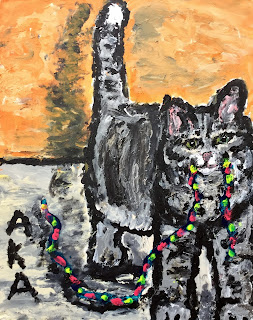 Or, a cat who liked to walk around with a shower cap on his head?


Rascal, Hershey... wherever you are, know that I will love you forever.  And, I hope you know that I did my best to give you a happy life that was full of love.

Give my love to Rob and to Dandylion.

Email ThisBlogThis!Share to TwitterShare to FacebookShare to Pinterest
Labels: Ghosts of My Fur Babies

Your cat is really cute, specially her Green Eyes. Its cute to see how much you love your pet cat. We should love them.

I love the cats and have few in my home but they are in white color. Whenever i am sad or feel down i play with them and enjoy their company. Your cats are also beautiful.

Excellent article, Its such as you read my mind! You appear to understand a lot about this, such as you wrote the e book in it or something. Tik Tok