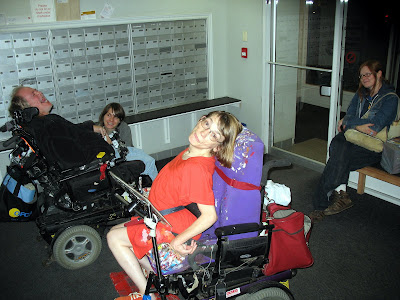 So, tonight was supposed to be Aaron's big party before he has his operation to remove the tumours from his bladder. Yes, well, it didn't go exactly as planned. I'm upset about it, but not too upset because I'm a bit drunk and a bit high on pot chocolate, and this numbs the pain and the fury.

On Wednesday, with Lenny's assistance, I called the administrator of my building and asked if I could rent the common room for Sunday (today) for Aaron's party. She said sure, no problem, she'd tentatively book the room for me. I'd have to pay $25.00 for the rent on the room, she said, and $50.00 for insurance (just in case I left the room in a mess), and I reluctantly said yes. She then said that I needed to fill out a form too. So, on Thursday, I went to the administration office with my cheques and asked for the form I was supposed to fill out. All I got were blank stares. The head person was out to lunch, and they didn't think there was any form for rental of the common room. I knew better than they, and so, came back on Friday and filled out the form.

I thought everything was set. I bought chips, dip, candy and pop for the party. Many, many invitations were sent out. I was prepared, I was on the ball!

Unfortunately, the management of this building wasn't.

At 6:30pm we went to look for the superintendant to open the room. I had booked the room for 7pm, but we needed to set up. The superintendant is new, so I didn't have her phone number, but somebody told me which apartment she lives in. We went to her apartment and knocked on the door, but there was no response.

Concerned about our guests arriving and not knowing where to go, we went back down to the lobby, let people in and explained the situation. We all sat in the lobby and Lenny and I kept checking the locked door. Then after 7pm, we went back upstairs to try again to find the super. Unfortunately we realized our mistake, we had been knocking on the wrong door. We saw a note posted to a different apartment door, saying that the super was off for the day. However, the note directed us to the apartment of the assistant superintendant. We phoned the "emergency contact" numbers listed for the assistant super, but there was no response at either number, nor was there any response at his door. We left multiple messages (I wonder what would happen if there was a real emergency) but he never answered or returned our calls.

Frustrated beyond belief, we took the party to my apartment, but nobody could stand the heat which we have no ability to control. Once they shut off the air conditioning, this building heats up like an oven. We went to a nearby bar, leaving signs to direct any party guests that way and called the building administration "ratfaces".

At the bar, we had a good time and I think that Aaron enjoyed himself. Still, I feel angry about the events of the evening. I want my money back and justice done! 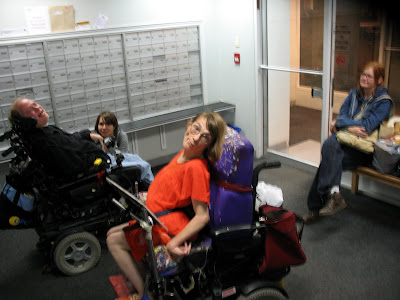 
We regard the trust which our customers have had on us and our Top Escorts in Islamabad thus complying with that we have held their names, we are extremely satisfied with our Islamabad Escorts achievements.